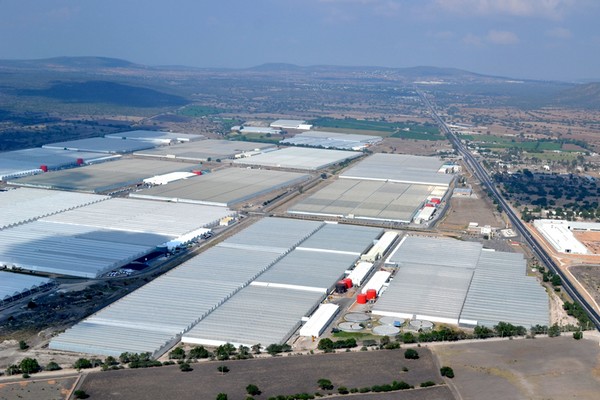 “There have been boom periods in controlled agriculture, in high tech greenhouses. But even the Dutch industry now realizes something different is happening right now,” says David Chen, CEO with Equilibrium.

Today, the company closes the industry’s largest Environment Agriculture fund at $1.022 billion. “North America has converted from thinking of greenhouses as a complement to the field, now it’s becoming a replacement of the field.” And there’s a long path to go. “We’ve estimated that up to 10 billion dollars of capital would be required in North America for the next ten years. Looking at one of the largest players that are not yet working with greenhouses, they alone need 3 billion dollars.”

Recently a partnership with Finka was announced.

Rapid scaling
It has only been 2,5 years since Equilibrium made its first investment in the greenhouse industry. Following investments in green commercial buildings, sustainable permanent crops, and renewable natural gas & energy on a commercial scale, the company saw opportunities in CEA. “We asked ourselves the question: if this is how Europe eats, why is it not happening in the US?” David says. US lettuce grower Revol Greens was their first investment and only a few months later, in April 2019, they closed the Controlled Environment Foods Fund I at $336 million. Their strategy includes buying the assets and leasing them back to the operators, enabling them to scale at rapid pace. Over the last couple of years, they partnered with Houweling’s, Revol, Little Leaf Fresh Farms, Finka and AppHarvest. On top of owning a significant amount of private equity in the category, both facility and assets, they have grown to be corporate investors as well. “Many top growers wanted us to be part of their team,” David says, giving Little Leaf Farms as an example, where a corporate investment has led towards an equity investment to help the company scale.

Ground zero for agriculture
Like Equilibrium’s predecessor CEA fund, its CEFF II strategy is focused on high-tech greenhouses, indoor farms, and other CEA segments of alternative proteins and aquaculture. CEFF II’s final close exceeded its targeted $500 million. Does that mean it was easier to close the second fund? “Fundraising is never easy so I’ll just say humbly that raising capital in any market or condition is no small task. It’s a significant achievement and we’re very proud of it,” David says. “That said, I think that you can tell by now that sustainability is no longer a ‘nice to have’ word. Ten years ago, industrial investors would say they invested in returns, not in sustainability. It was advocacy, public policy, and responsibility. Now we’re talking about innovation and infrastructure. Those are commercial terms. That’s the main difference.”

Referring to recent articles on almond crops being ripped out because of water shortage, lettuce growers in Salinas triaging for water, and Portland Oregon being called no3 in the world when it comes to temperature – after the Sahara desert and Death Valley – he adds that agriculture is ground zero for climate risk, for sustainability. “It might seem like a trivial fact to talk about, but the blueberry and berry crop in the Greater North West are likely to go into juicing, not in the fresh crop. After 20-30 years of talking about climate change, there’s now the realization that it may have already changed, in the past tense, meaning that we’re forced to deal with climate adaptation. In the last two years, it became clear that risk and strained assets are not becoming parts of the next generation of industries. Instead of that, with CEA, we’re talking about innovation and infrastructure. Those are commercial words. Investors and retailers are increasingly looking for more sustainable and less volatile ways to invest in and scale agriculture. The fund is reflecting the magnitude of the opportunity and the growing importance of CEA in our food system. ”

On top of it, there was COVID. “Relatively small portions of the greenhouse industry went in the foodservice, meaning that when restaurants shut down, it had a small effect on the greenhouse industry. That shifted into home cooking and consumption, of which the industry benefited from thanks to a spike in demand and prices. Now that we’re exiting COVID, it is clear that the pandemic has given a face to the word resilience.”

Expanding in the berry industry
So what will happen next? Currently, Equilibrium’s assets are mainly in tomatoes and lettuce. “We do berries already and will be dramatically expanding our exposure in the berry family,” David says. “One of the most impressive genetics work is taking place in that area.” He adds that in phase one of any vegetable, the seed folks are taking field crops and shaping them to the greenhouse. “Phase two is the reverse. If we can rely on the greenhouse, then what characteristics can we grow? We’re starting to see that in berries and a number of vegetables.” And there are more crops of interest for the company – if it is peppers, cucumbers, mushrooms, or herbs.

The strategy of CEFF II also mentions vertical farms. “There’s tremendously interesting options for the vertical farms,” David says. “In incredibly important niche applications where they outperform the greenhouse. Yet we do see a lot of current vertical farms as technology suppliers. Yet we do see a lot of current vertical farms as technology suppliers. Getting a 30 ft vine to grow in an 18-inch rack is probably not the best way to use nature’s diversity,” he laughs, adding that he’s known for his vision on vertical farming. “Our team is sick of hearing me say it, but at the end of the day, it’s nothing but a head of lettuce or tomato. It may be beautiful, of high quality but it’s still a tomato and you can only charge so much. On top of that, it has always been our objective to drive sustainability. We brought access to the good things in life: a fair place to live, or in ag the supply for the average person, with an average income and an average family. That’s where we want to be – not serving the tip of the bell curve. For vertical farms, we do think there’s a terribly important niche application. The right tools for the right applications.”

The company’s focus now is on North America: the United States, Mexico, and Canada. “And with a small part of the fund we have the ability to follow our partners in their global expansion,” David says. Yet a small part of 1 billion USD is still a lot of money, he confirms. “We’re committed to the sector to be a good partner. We see it is just the beginning of the industry.”

Tomorrow we’ll reveal more on the intercontinental plans of Equilibrium. 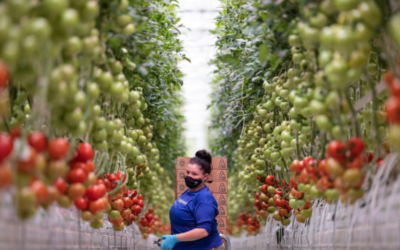 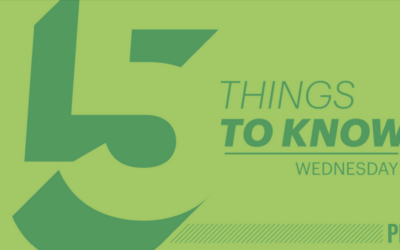 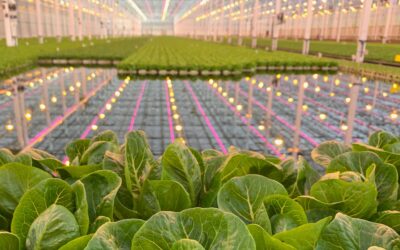 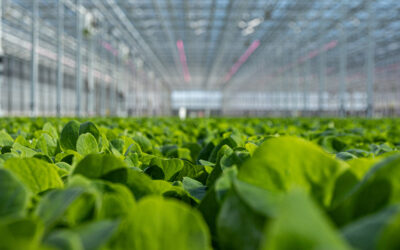 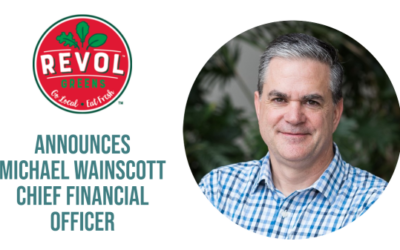