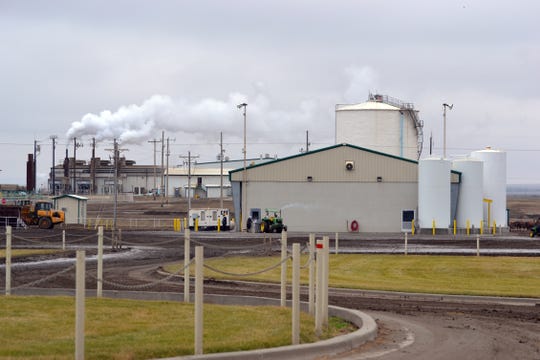 As milk prices plummet, Oregon’s largest dairy hopes to cash in on another kind of commodity produced by its cows:

Boardman’s Threemile Canyon Farms is partnering with a Portland investment fund in a $55 million project to convert methane from the waste produced by its 70,000 cows into natural gas, which will be sold to power buses and garbage trucks in Southern California.

“The most valuable product that we have out there is natural gas,” Myers told the panel.

Threemile spokeswoman Anne Struthers declined to expand further this past week on the project’s financing or sales strategy, saying it is premature to comment.

The move comes as the Tillamook County Creamery Association, which buys Threemile’s milk, signals a possible expansion of its Boardman cheese factory along the Columbia River.

It also comes as the Oregon Legislature considers whether to ban new and expanded megadairies, following an environmental and regulatory disaster at the now-closed Lost Valley Farm, another Boardman-area Tillamook supplier.

The Legislature also is considering a carbon cap-and-trade program that could make the manure-generated biogas even more valuable.

The public can weigh in on the new manure digester’s proposed air pollution permit until April 25.

Threemile started its farm and dairy in 2001, to supply milk to the Tillamook County Creamery Association’s new Boardman cheese factory.

Since then it’s drawn praise for its closed-loop system, which uses manure from the cows to fertilize crops and its state-of-the-art irrigation system that helps conserve water.

At the same time the dairy, one of the largest in the country, has drawn criticism for the sheer amount of wastewater and air contaminants its thousands of cows produce.

Tillamook, meanwhile, has been on an expansion tear: In 2004, it doubled the size of its Boardman creamery; in 2013 it partnered with Threemile to add a whey processing plant to the Boardman factory; in 2017 it opened a new Portland office; and last year it rebuilt and expanded its iconic tourist center in Tillamook.

The company grew its revenues from $477 million in 2012 to $800 million in 2017, according to the trade magazine Food Navigator. It’s expanding its distribution east of the Rocky Mountains, adding 6,000 outlets in recent years. Now, three-quarters of Tillamook Cheese is made in Boardman.

A year ago, Tillamook purchased 18 acres bordering its current Boardman site, effectively doubling its footprint there. Tillamook officials did not respond to questions about its plans for the property.

It started in 2009 with a small digester demonstration project. In 2012, Threemile added a larger digester, which feeds a 4.8-megawatt electric generation facility.

The digester captures methane that otherwise would rise off the dairy’s manure lagoons and escape into the atmosphere, and uses it to produce biogas that creates renewable energy.

Myers told the treasury panel the dairy’s digester so far has broken even financially.

The digester cost $31 million to build. Threemile received about $7 million in federal grants for construction under the 2009 American Recovery Act, and an additional $2 million from Oregon’s controversial Business Energy Tax Credit (BETC) program.

Threemile also has received two kinds of renewable energy credits for the digester:

In 2007, the Oregon Legislature established the Biomass Tax Credit program. Among other things, it provided a tax credit, of about $70 per cow per year, for dairy manure digesters.

Between 2014 and 2018, while the program was administered by the Oregon Department of Energy, Threemile received $10.9 million in biomass tax credits. That’s about half the total amount awarded during that period.
Get the Daily Briefing newsletter in your inbox.
The controversial biomass tax credit was set to sunset on Jan. 1, 2018, along with the energy department’s other tax credit programs. But the 2016 Legislature partially extended the credit, just for animal manure and rendering, until Jan. 1, 2022. It will be capped at a total expenditure of $5 million per year.

In 2017, the Legislature moved the tax credit program under the authority of the Oregon Department of Agriculture.

Threemile also has sold more than 200,000 metric tons of carbon offset credits to The Climate Trust, a nonprofit that administers the Oregon Carbon Dioxide Standard, created by the Legislature and aimed at curbing emissions of carbon dioxide.

But methane has a much higher global warming impact than carbon dioxide, so Threemile is paid for the difference between the two, Zakreski said.

The price paid for the credits is confidential, Zakreski said. But at the current credit price of $13.25 to $13.50 per metric ton, they would be worth at least $2.7 million.

“It’s been a successful project,” Myers told the treasury panel. “Now we’re looking at what the marketplace really desires today out of renewable energy.”

Now, Threemile has partnered with Equilibrium Capitol Group to convert the digester to produce natural gas, and to extend a natural gas pipeline to the facility.

Equilibrium is an Oregon benefit company, which means that it considers its impact on society and the environment in addition to earning a profit. Its investors include retirement funds held for teachers, public servants, clergy and religious orders.

“Threemile Canyon’s project is world class,” said Bill Campbell, a company principal. “It is great to be able to do things like this in our home state.”

Threemile’s anaerobic digester works by providing an oxygen-free environment for microorganisms to break down the organics in the manure, as well as in vegetable waste trucked in from area food processing companies. That produces a biogas that’s about 60 percent methane and 40 percent carbon dioxide.

Currently, the biogas is combusted to produce electricity. When the conversion is complete, the biogas instead will be routed to a gas treatment system that removes hydrogen sulfide, then separates the biogas into pipeline grade natural gas and tail gas.

The digester will employ 13 workers, with an average annual compensation of $70,000, including benefits, Struthers said.

California’s dairy cows are the biggest source of methane in the country, according to experts. Buzz60

Threemile has asked the state Department of Environmental Quality for a new, five-year air pollution permit for the modified digester’s emissions.

Its emission limits will stay about the same, even falling slightly for two pollutants. However, the digester so far has not come close to meeting those limits, so there is room for emissions to increase.

For example, the permit allows the digester to emit 74,000 tons of greenhouse gases, the equivalent of about 57,608 passenger vehicles driving for one year. Last year, it emitted 32,529 tons.

Like the pilot project, the new digester will get some public help.

There’s no cost to taxpayers, but there is a limited amount of money available. That means Threemile competed with affordable housing and other projects for the money. It also gives Threemile an advantage over competitors who finance projects with taxable instruments.

In January, Threemile asked that the bond be reduced to $15 million, for tax reasons.

The project also has been approved for an Enterprise Zone tax abatement. That means it won’t pay any property taxes for five years.

And it will continue to receive Oregon’s Biomass Tax Credit until that program expires, Myers told the state panel.

The technology will provide a huge environmental benefit to the entire state, Myers told the panel. It also will be profitable business, he said.

“We think we’ve got a good runway for 5 to 10 years, Myers said. “It’s going to stabilize our dairy business.”

The public can weigh in on a proposed five-year air pollution permit for Threemile Canyon Farms’ manure-to-natural-gas project.

The Oregon Department of Environmental Quality will hold a public hearing on the proposed permit at the request of at least 10 people or a group representing 10 people. 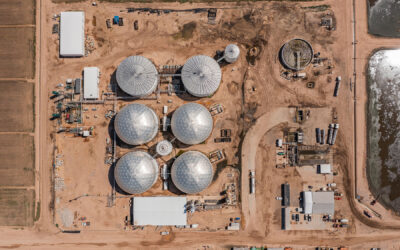